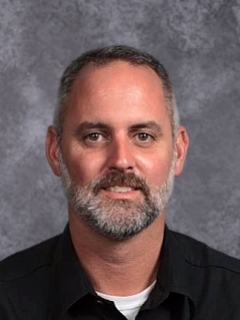 I was born and raised in North Canton, Ohio. I grew up around Emergency Services with family members and their coworkers having a positive influence on me. I wanted to become a firefighter from a very young age, and after graduating from Hoover High in 1999, I was lucky enough to make that happen on November 1, 1999. I worked for the North Canton Fire Department from November 1999 until March 2007 as a Firefighter and Fire Safety Inspector. During my time there, I was fortunate to work with some great people who showed me the ropes and helped get me started in a wonderful career. I tested for Knoxville FD in April of 2005 and was hired in February of 2007. The City of Knoxville Fire Department consists of 19 fire stations operating 20 engines, 5 ladders, 4 district chiefs, 1 heavy rescue, and 1 Haz-Mat, and many support units (tankers, mini-pumper, brush truck, boats, etc.), responding to about 36,000 calls per year. Add in the inspectors, investigators, logistics, ems-office, and admin, and they have a total strength of about 400. During my time in Knoxville, I received my Fire Officer and Fire Instructor certifications. In addition to being assigned to Engine 1 downtown, I was also assigned to the Technical Rescue Team, and certified in Confined Space, High and Low Angle Ropes, Trench, and Collapse Rescue.

We take pride in our facility and welcome the opportunity to show it off!  You would never buy a car without looking at it first.  Choosing the place to give you a head start on a successful path in life should be no different.  We invite you to schedule a tour of our beautiful campus.  We’re pretty sure you’ll be impressed!

If you are a high school student, please note that you will have several opportunities to visit PLCC during your sophomore year.

Once we receive your request, a PLCC staff member will follow up directly. Thank you for your interest, we look forward to seeing you soon.